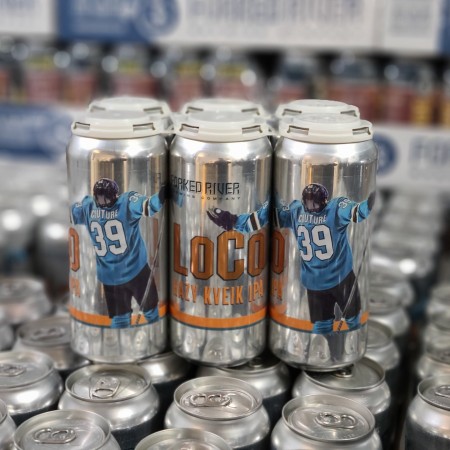 LONDON, ON – Forked River Brewing has announced that its beer created in partnership with San Jose Sharks captain Logan Couture, who grew up near London, Ontario, is now available at the the LCBO.

LoCo Hazy Kveik IPA (5.3% abv) was first released at the brewery in late 2020, and has the following background:

For the last several years, we have partnered with Logan’s All-In for Brain Research Charity Casinos, but due to the pandemic, plans had to change and a new beer had to be brewed! In conjunction with Logan, we are officially releasing LoCo Hazy Kveik IPA. Part of the proceeds from the sale of this beer will be donated to Logan’s charities towards brain research and facilitating children’s access to organized sports.

In addition to the Forked River release, the beer is also being brewed at San Jose’s Hapa’s Brewing, which Couture calls his favourite brewery in his team’s home city.