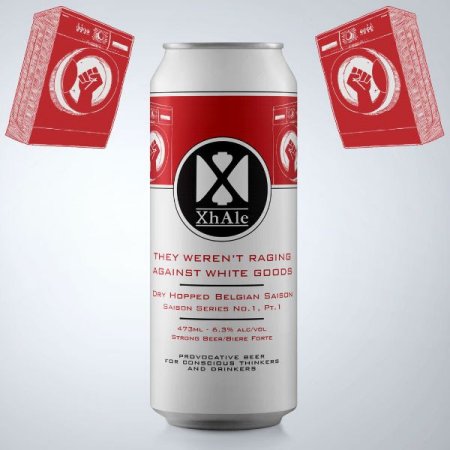 CALGARY, BC – XhAle Brew Co. has announced details of the first release in its new Saison Series.

They Weren’t Raging Against White Goods (6.3 abv) is a Dry Hopped Belgian Saison described as follows:

2020… A global pandemic, gun reform prompted by the worst massacre in Canadian history, the violent storming of the Capitol Building, murder hornets, and people selling their Rage Against The Machine tickets after realizing they’d been fooled into 20 years of raging against a broken system. Using a fancy French hop with notes of lemon balm and berries, this Belgian Saison is the perfect way to ponder absurdity and human resilience at their finest.

They Weren’t Raging Against White Goods will be available soon at beer retailers throughout Alberta.