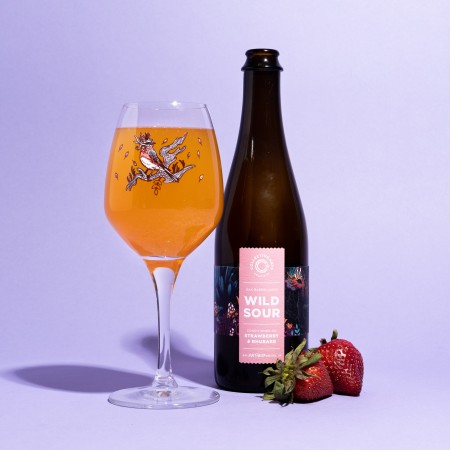 HAMILTON, ON – Collective Arts Brewing has announced the first release in its new Wild Sour series of barrel-aged sour ales.

Some of the best fresh fruit in the world is grown right here in our backyard and we wanted to showcase some of it, using strawberries and rhubarb from Willowtree Farms. For this beer, we used a blend of mixed-cultured oak-aged wild sour ale, which we then conditioned on freshly harvested strawberries at their peak of ripeness for their extra juicy character and rhubarb for its earthy tartness.

Strawberry & Rhubarb Wild Sour is available now at the Collective Arts retail stores in Hamilton and Toronto, and the brewery’s online shop.