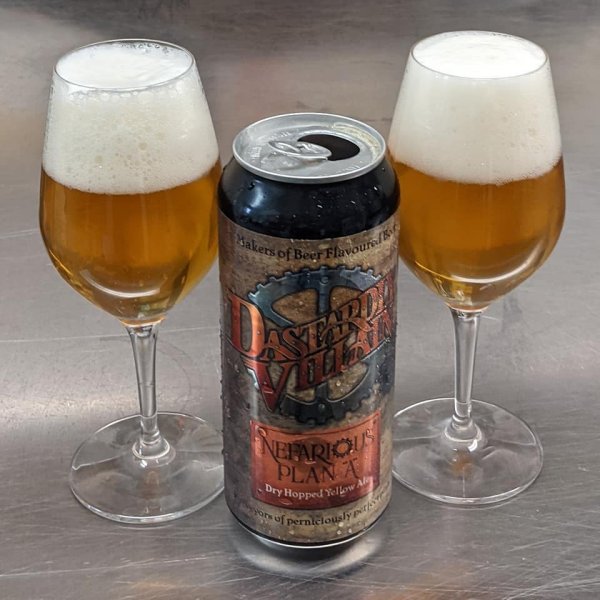 WINNIPEG, MB – A new company that is “aiming for world domination through beer” while “celebrating beloved villains along the way” has announced the release of its first beer in Winnipeg.

Dastardly Villain Brewing has been founded by Scott Tackaberry, and is a fitting companion to his two other businesses: wine and beer supplies store Grape & Grain, and tabletop gaming store GameKnight.

While plans are in place to open a physical brewery and steampunk-themed taproom in summer 2022, Dastardly Villain is starting out as a contract operation at Torque Brewing, and is launching with Nefarious Plan A Dry-Hopped Yellow Ale (5% abv):

WTF IS A YELLOW ALE? Well, it’s not a red ale or a brown ale, and it’s yellow, so we’re calling it a yellow ale. We don’t brew beer to fit someone else’s predefined category! Our Nefarious Plan A is an aromatic hop forward ale, one that is smooth, tasty, and easy to drink. It follows through with a balanced, flavourful, light grainy character, to a clean refreshing finish. Pairing well with practically anything, this thirst quenching ale is best shared with a friend, so don’t be cheap – pick up a second can! This is our Nefarious Plan – global domination through beer, and Plan A is just the beginning. Bwah-ha-ha!

Nefarious Plan A is available now at Torque Brewing and other select beer vendors and Liquor Mart locations.