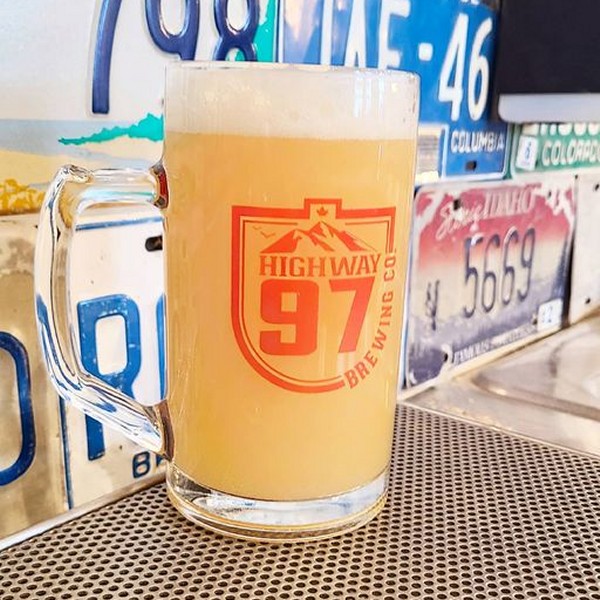 PENTICTON, BC – 11 months after it was first announced, Highway 97 Brewery has officially opened its new and improved location in downtown Penticton.

The new spot at 200 & 202 Ellis Street is situated across the street from Cannery Brewing and within a few blocks of Slackwater Brewing, Neighbourhood Brewing, and Bad Tattoo Brewing.

The 6,000-square-foot space will allow Highway 97 to expand its brewing capacity up to four times its previous output, and features a dining room and patio that can accommodate up to 132 customers, up from just 36 at the brewery’s original location.

A full line-up of Highway 97 beers are currently available on tap, including Czech Craft Pilsner (5% abv), Amber Ale (5.4% abv), High Alpine IPA (5% abv), and Rusty Muffler Red IPA (6.2% abv). The food menu is currently limited, but will be expanded to include more options in the new year.