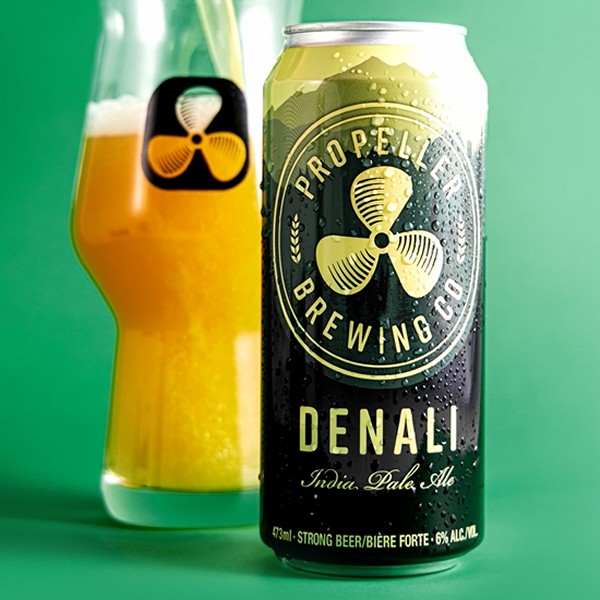 HALIFAX, NS – Propeller Brewing has announced the return of an IPA that was previously available in the early days of 2021.

Named after the tallest mountain in North America, Denali hops ascend to peak flavours and aromas of fresh-squeezed grapefruit and lemon, with the perfect kick of pine. An easy-drinking IPA with a silky-smooth mouthfeel.

Denali is available now at all Propeller retail shops, the brewery’s online store, and private beer retailers. It will also be in stock soon at select NSLC locations.