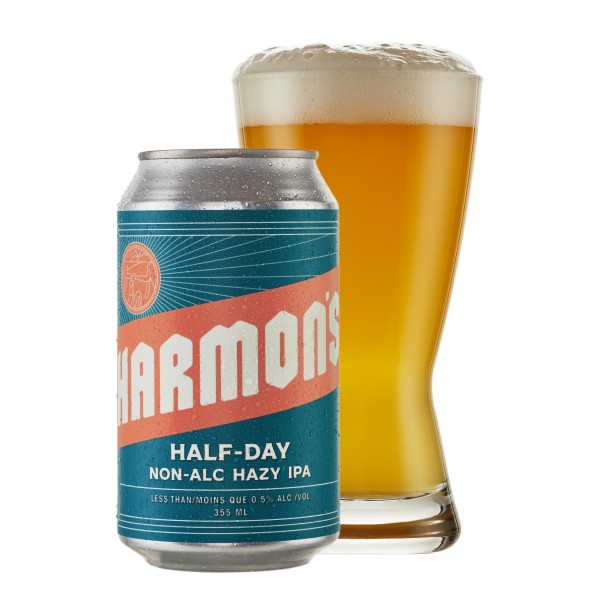 Our sunshine yellow, hazy non-alc New England IPA is dry-hopped with Simcoe, Citra & Mosaic hops to crank up that tropical citrus hop punch! That’s NANEIPA for short… although, can a seven-letter acronym be described as short? Let’s discuss it over a beer.

Half-Day is available now – along with the previously released Lunchbox Lagered Ale and Jack Pine Pale Ale – via the Harmon’s online shop for shipping across Canada, as well as at select retailers and restaurants in Ontario.