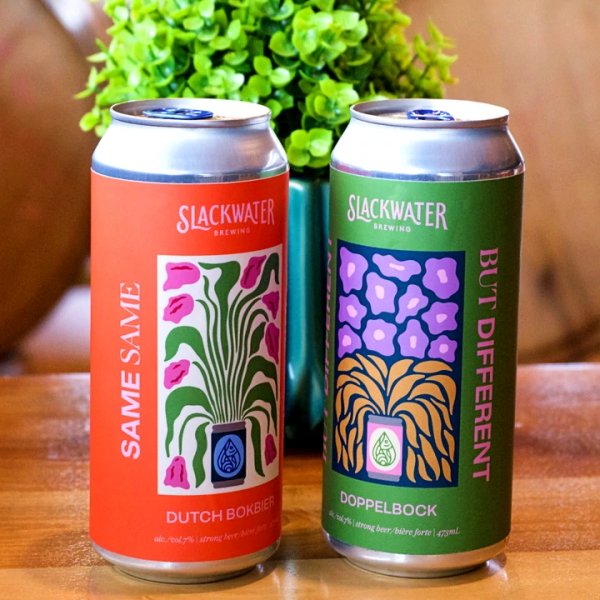 PENTICTON, BC – Slackwater Brewing has announced the debut of “a new limited series where our brew team chooses a common base style and brews two different expressions.”

Our first release features a Dutch Bokbier (7% abv) and a German Doppelbock (7% abv) – (Bock to Bock, if you will…). Compare the two side by side, each nuanced by its robust grain bill and different yeast strains. Perfect beers for whilst the chill remains in the air.⁠

The Same Same But Different 4-pack is available now at the Slackwater taproom and online store.