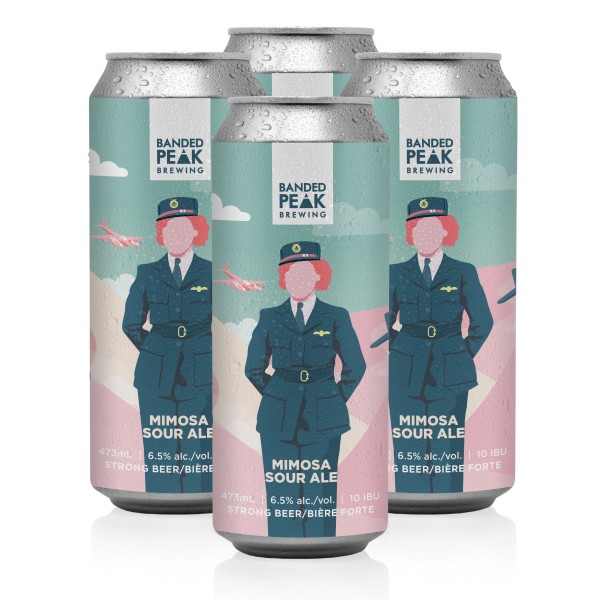 CALGARY, AB – Banded Peak Brewing has announced the release of a new beer in celebration of International Women’s Day.

Named in honour of Canadian aviator Violet “Vi” Milstead, the first female Canadian bush pilot and one of four Canadian women to work in the British Air Transport Auxiliary during WWII. Soaring Violet is a bright, refreshing sour ale boasting tropical notes of Cara Cara orange and tangerine. Brewed with Pink Boots hop blend and fermented on Brut ale yeast giving this beer the effervescence of a classic mimosa.

Soaring Violet will be launched tomorrow (Tuesday March 8th) at Banded Peak, and will be available at the brewery taproom and online store, and select liquor stores in Alberta. $1 from every pint and 4-pack sold will be donated to Elevate Aviation, a non-profit organization that “provides a platform for women to thrive and succeed through aviation.”