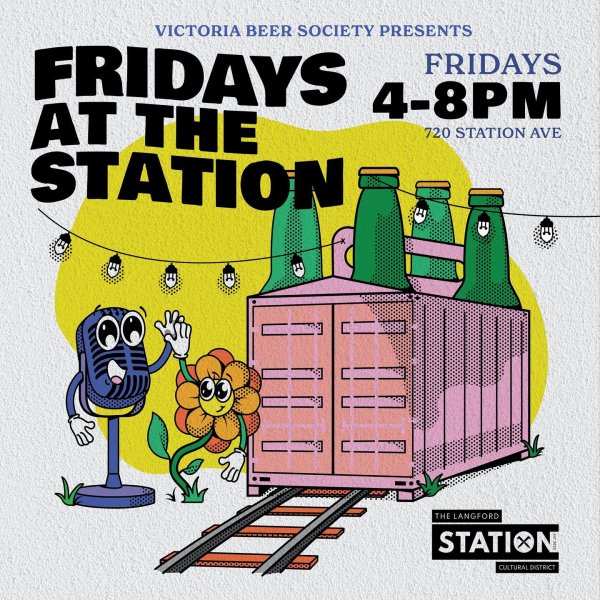 VICTORIA, BC – The Victoria Beer Society has announced the launch of Fridays at the Station, a pop-up event series happening at the newly opened Langford Station through the late spring and summer months.

Kicking off today (May 20th) and running until August 26th at 4:00 to 8:00 PM each Friday, the series will feature live music, food trucks, booths from local businesses, and the Victoria Beer Society’s Beer Truck pouring a rotating line-up of beers from some of British Columbia’s best craft breweries.