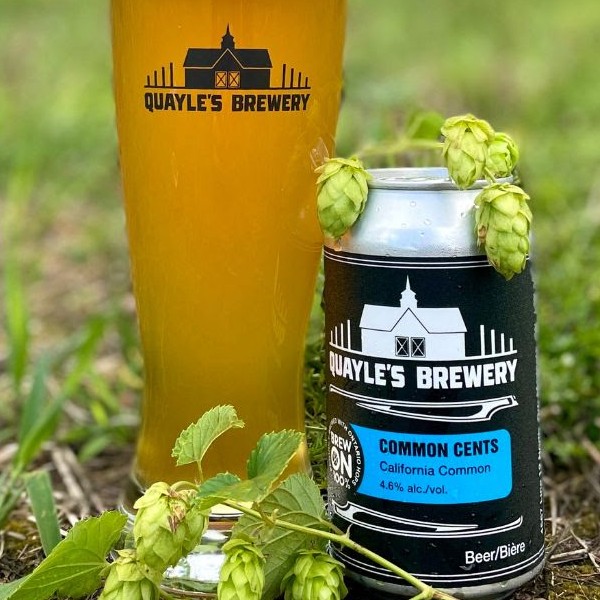 ORO-MEDONTE, ON – Quayle’s Brewery has announced the release of the 100th new beer from the brewery since it opened two years ago.

What better way to celebrate our own unique milestone than to go with a classic style we’ve been intending to brew since we opened (yes we know it took 99 other brews to get around to it!). With a pleasant malty backbone, and a slight herbal note from our farm grown Centennial hops, Common Cents is a super easy-drinking beer brewed with lager yeast but fermented a little warmer than a traditional German lager to mimic the warmer ambient temperatures of San Francisco. This style is known as a California Common.

Can you see how the name made Common Sense/Cents now?