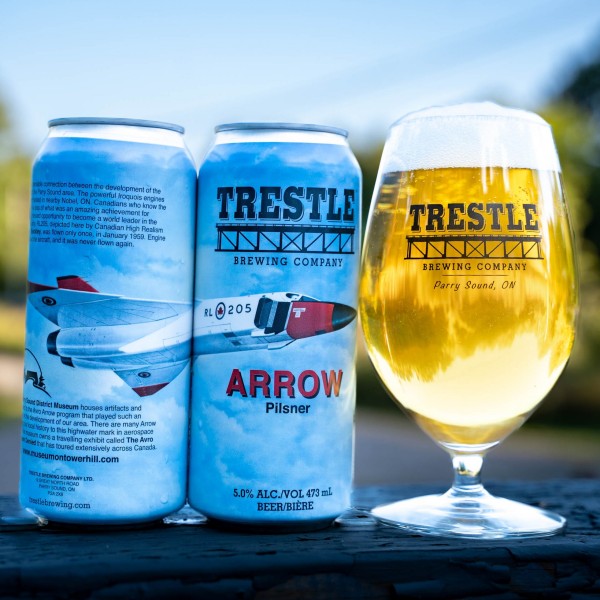 PARRY SOUND, ON – Trestle Brewing has announced that an award-winning lager is now available at the LCBO for a limited time.

Arrow German Pilsner (5% abv) took a gold medal at the 2021 Ontario Brewing Awards, and is named in honour of the Avro Arrow, a supersonic aircraft developed in the 1950s that was infamously halted by the John Diefenbaker government before going into full production.

This pilsner is fresh, clean and crisp with a slight peppery bitterness throughout. It’s thirst quenching and well balanced with aromas of fresh white bread and a peppery white hop profile. Arrow Pilsner is a celebration of great days lived and stories passed down through generations.

Arrow German Pilsner is in stock now at select LCBO stores as an autumn seasonal release, and is also available at the Trestle taproom, retail store, and online shop.