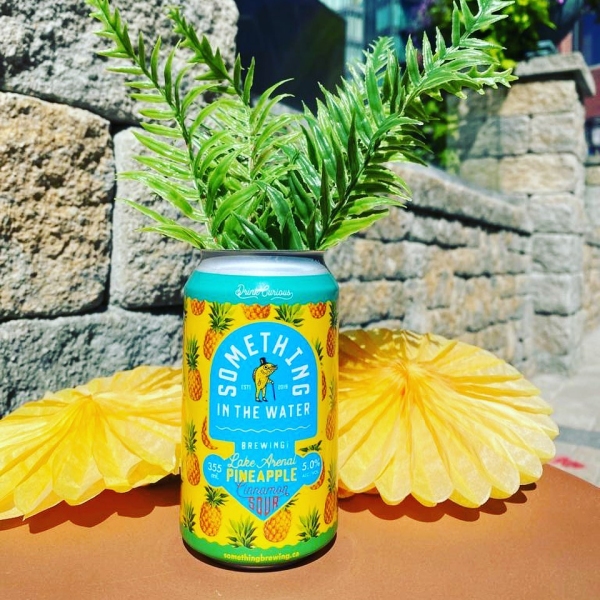 TORONTO, ON – Something In The Water Brewing has announced the release of its latest small batch ale.

We conceived of this one while reminiscing about those delicious pineapples on swords we’ve enjoyed at Brazilian steakhouses, and wondering how that might work as a beer. Our latest fruited sour has a distinctly bright and vibrant fruity taste that is both scrumptiously sweet and tart with a tropical aroma and spicy note of cinnamon.

Lake Arenal Pineapple Cinnamon Sour is available now at the Something In The Water taproom, retail store, and online shop.