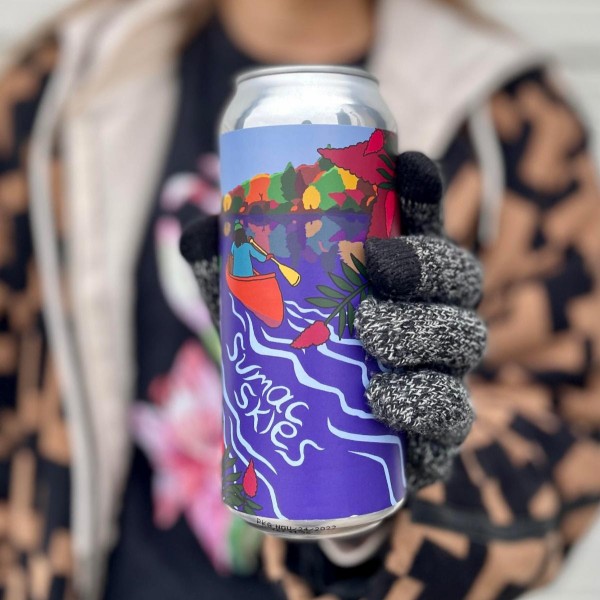 GUELPH, ON – Wellington Brewery and Queen of Craft have announced the release of a new beer in support of Guelph-Wellington Women In Crisis.

Sumac Skies Golden Ale has the following back story:

Every year, a group of Queen of Craft Beer Education Series participants are randomly chosen to form a brew team. The crew works with Wellington’s brewers to develop a recipe, brew the beer, create a label design with proceeds to support Guelph Wellington Women In Crisis. This year, the team brewed a Golden Ale with Sumac. To date, Queen of Craft has raised over $60,000 for the organization.

Sumac Skies will be released on Friday December 2nd at Wellington Brewery, with a launch party and fundraiser from 7:00 to 11:00 PM featuring “a new Queen of Craft merch drop, silent auction with 100% proceeds donated to the cause, a chance to learn more about Sumac from a local specialist in the field, a Jeopardy session, and DJ Chillhaze spinnin’ tunes,” plus beer, snacks, and non-alcoholic cocktails.