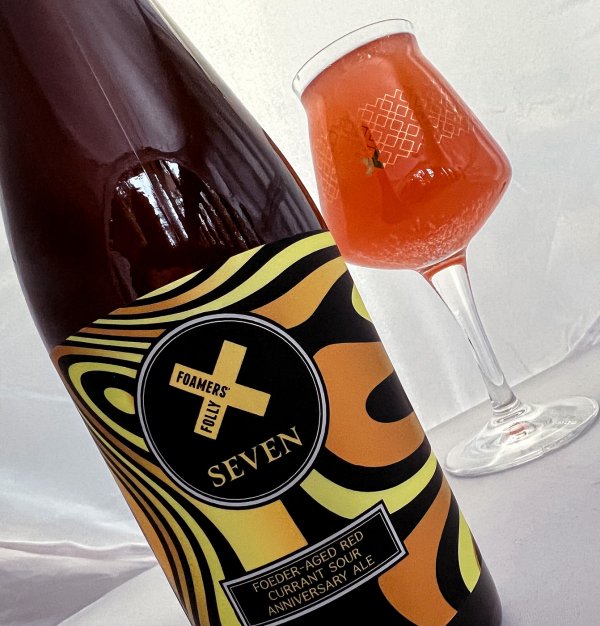 PITT MEADOWS, BC – Foamers’ Folly Brewing has announced the release of a new beer to mark the brewery’s 7th anniversary.

To celebrate our seventh anniversary, we crafted a product of time and patience. Utilizing live cultures living in our oak foeder, this beer slowly fermented into a rich and sour beer that we then matured on red currants. Currants lend this beer their bright balance of fruity, berry sweetness and tart acidity.

Seven is available now in the Foamers’ Folly retail store and online shop, and select beer retailers in British Columbia.