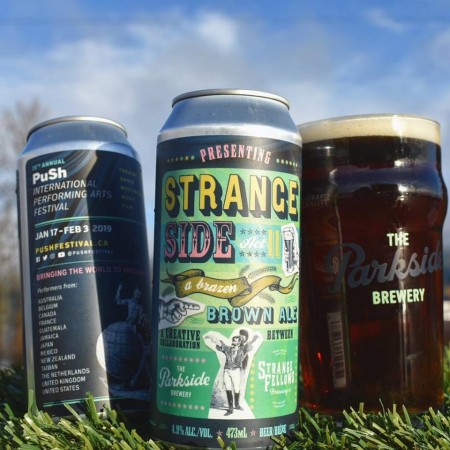 This American Brown Ale was made on a base of Maris Otter Pale, Chocolate Malt, Midnight Wheat & Malted Oats to create a light chestnut brown colour with a refreshingly smooth body and excellent balance between malt and hop.

Partial proceeds from all sales of Strange Side Act II will be donated to PuSh, a festival of theatre, dance, multimedia, music, and film that will be taking place at venues throughout Vancouver from January 17th to February 3rd, 2019.