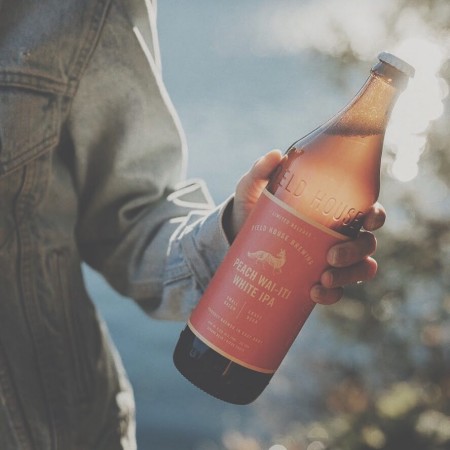 ABBOTSFORD, BC – Field House Brewing has announced the release of the third in a series of four fruit-infused IPAs.

This IPA is lightly soured with our house lacto culture, then fermented out with a blend of Belgian Wit and Wild Brewers yeast. Large amounts of wheat and oats contribute a full mouthfeel. This beer is then heavily hopped with stone fruit forward New Zealand Wai-iti hops and fermented with peaches to create the perfect balance of hops, fruit and acidity.

Peach Wai-iti White IPA is available now at Field House in 650 ml bottles and on tap, and soon at select private liquor stores.