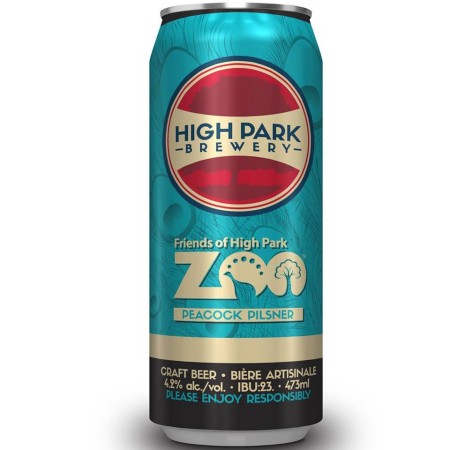 TORONTO, ON – High Park Brewery has announced the release of a new beer in partnership with the Friends of High Park Zoo.

Peacock Pilsner (4.2% abv, 23 IBU) is a “crisp, clean and refreshing beer” that is named in honour of one of the zoo’s star residents who became famous for escaping and spending several days wandering through Toronto’s west end in 2015.

Peacock Pilsner will be available at select licensees starting December 15th, and at LCBO stores later this month. A portion of sales will be donated to Friends of High Park Zoo to assist with enhancing and sustaining the Zoo.