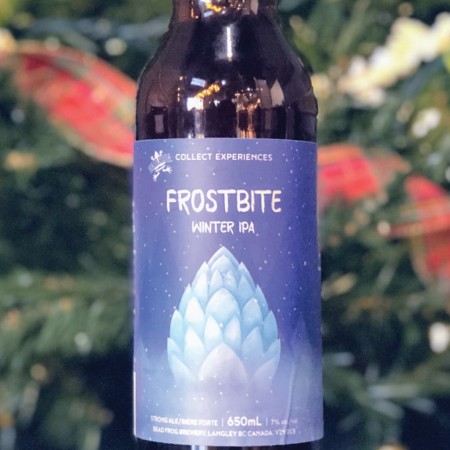 LANGLEY, BC – Dead Frog Brewery has announced the release of its final limited edition seasonal beer for 2018.

A white winter ale with a crisp hint of spice, a fresh squeeze of orange, and loads of juicy citrus hops. Topped off with a brisk hint of pine hops to celebrate the season.

Frostbite will be released in the Dead Frog taproom on Saturday December 15th at 4:00 PM, will an event featuring free taster samples and a “hideously festive attire” contest. It will be available in 650 ml bottles and on tap in British Columbia through the winter months.