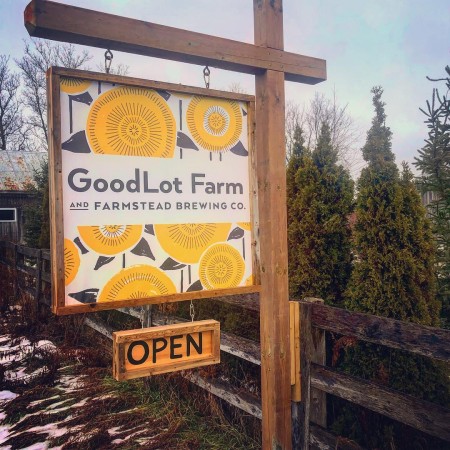 CALEDON, ON – GoodLot Farmstead Brewing has announced the opening of the bottle shop at its farm-based brewery in Caledon, Ontario.

Originally opened in 2011 as Winterbrook Hops Farm before rebranding/relaunching as a farm brewery early last year, GoodLot beers were available exclusively at the LCBO and bars & restaurants before the opening of the shop this past Saturday.

GoodLot is located at 18825 Shaws Creek Rd. in Caledon, and is open for bottle and growler sales from 12:00 noon to 6:00 PM on Fridays, Saturdays, and Sundays. An expanded facility including a tasting room and events space is planned to open next autumn.