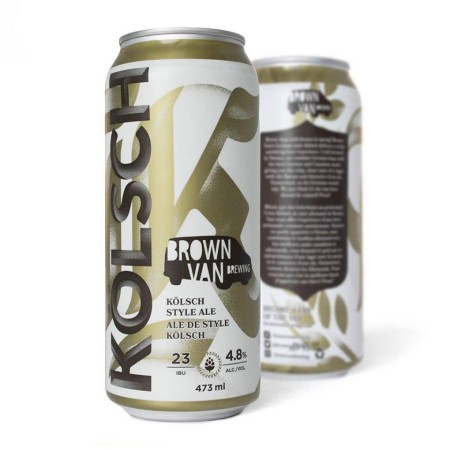 OTTAWA, ON – The founders of Brown Van Brewing have announced that they have sold the company to follow Ottawa-based operation Original Local Beers.

Launched in 2016 by Paul and Erica Braunovan, Brown Van is a contact brewer with a single brand – Brown Van Kölsch-Style Ale (4.8% abv) – available at select bars and pubs in Ottawa, as well as in cans at LCBO and grocery store locations throughout the province.

The Braunovans announced last month that the business was being put on hold due to medical issues with their daughter Ashena, and subsequently decided to sell the brand.