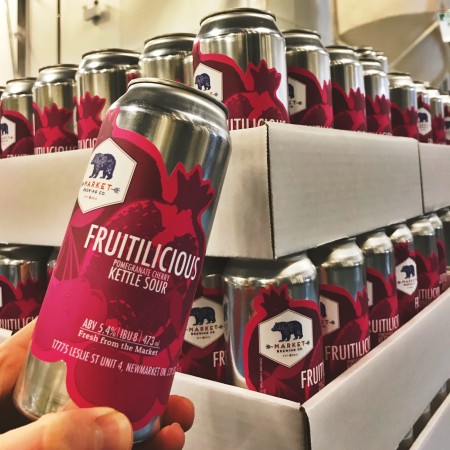 NEWMARKET, ON – Market Brewing has announced the release of the first in a new series of fruit-flavoured dry-hopped kettle sours.

We dry-hopped it with Barbe Rouge hops, a new experimental French hop, which adds red fruit notes of strawberry and cherry to the aroma and flavour. The Pomegranate and Cherry that we added to this beer give a well-rounded and sweet fruit flavour that balances out the tartness of the sour base. The higher level of carbonation gives a crisp finish that leads the sour zip to the tip of your tongue.

Fruitilicious Pomegranate Cherry is available now at Market Brewing in 473 ml cans and on tap.