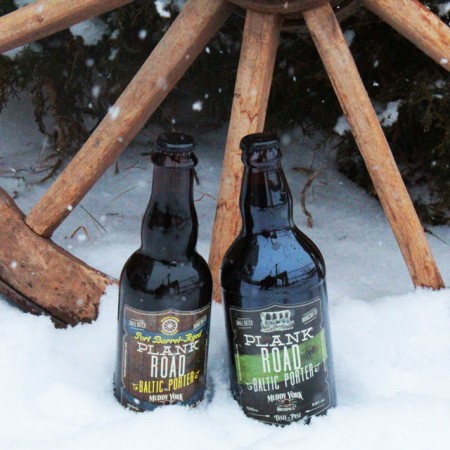 TORONTO, ON – Muddy York Brewing has announced the return of a beer originally brewed for its 2nd anniversary in 2017, as well as a barrel-aged variant.

Port Barrel-Aged Plank Road Baltic Porter (8.8% abv, 32 IBU) “has been aging in an Offley Tawny Port Barrel over the past year giving the original an added layer of oak, date & raisin.”

Both beers will be released tomorrow (Saturday March 2nd) in 375 ml bottles at the Muddy York taproom and retail store.