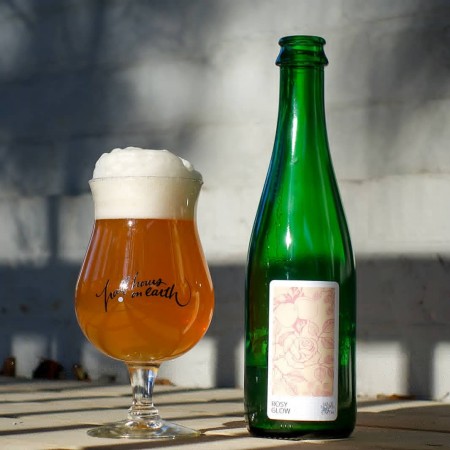 SEAFORTH, ON – Half Hours on Earth has announced the release of a new limited edition beer for the brewery’s 3rd anniversary.

The name is derived from pouring this beer. It pours a pinkish hue, a “rosy glow”. The sour wheat base is bright and lively, and the second use fruiting only adds to the complexities. The peaches, raspberries and rosehips used in our previous beers were given a second life to add a softer, background fruitiness to Rosy Glow. Fermented and aged in wine barrels adds oak tannins and a light vinous character bringing an overall balance to this crisp, dry, tart and refreshing beer.

In addition to the release of Rosy Glow, HHOE’s anniversary will also be celebrated with a special brewery taproom event tomorrow (Saturday March 30th) from 11:00 AM to 6:00 PM, where a number of rare cellar beers will be available to purchase in 4 oz and 12 oz pours.