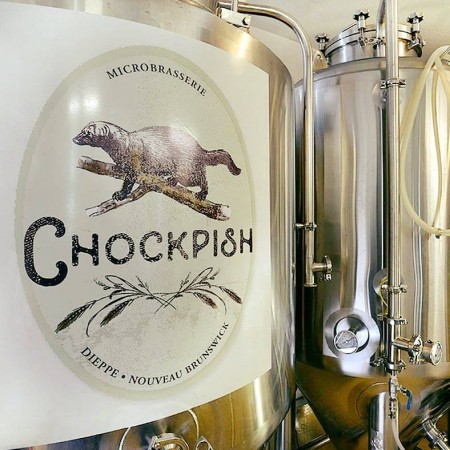 DIEPPE, NB – A new home-based brewery in Dieppe has released its first beer into the local market.

Brasserie Chockpish has been founded by Yves Martin, who is brewing on a 6 hectolitre system in his garage.

The first release from the brewery is Chockpish Pilsner (5% abv, 40 IBU), which Atlantic Canada Beer Blog reports to be a “Bohemian Pils with Czech noble hops and lagered for 3 months, resulting in a medium body with bread crust notes, and a smooth and dry finish.”

Chockpish Pilsner made its debut on March 23rd at Marky’s Laundromat in Moncton, and it should soon be available on draught at other bars and restaurants in the area.