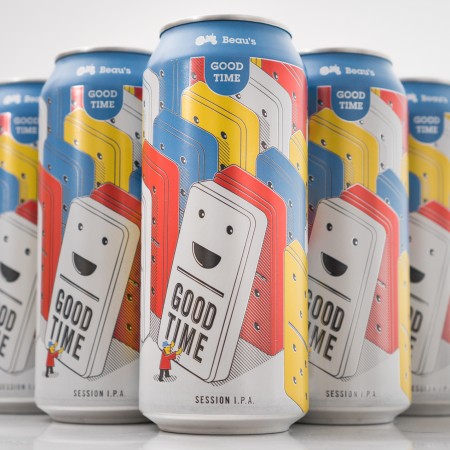 VANKLEEK HILL, ON – Beau’s Brewing has announced the launch of a new addition to its year-round line-up of beers.

Good Time is certified organic, brewed with Nelson Sauvin and Centennial hops. Its approachable profile evokes gooseberries, pineapple, white wine, citrus, pine and a hint of funk. The recipe adds wheat and oats to barley malts to create a fuller mouthfeel than might otherwise be expected from a light ale.

Good Time will be officially launched on Thursday April 4th, and will be available in 473 ml cans at the Beau’s retail store and select LCBO locations in Ontario. Distribution to retail stores in Quebec will follow in May.