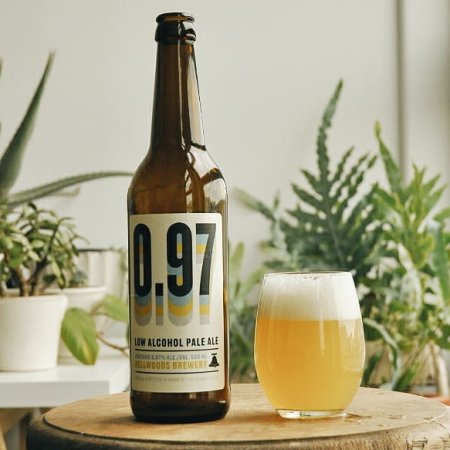 TORONTO, ON – Bellwoods Brewery has announced the release of the first in a planned series of low alcohol beers.

What initially started as a joke inside our brewery, back in Dry January, quickly became a fun side project as we reflected on the lack of good, low alcohol beers. What if we made a beer for all those times you don’t feel like drinking a beer? What if we harnessed the levity of carbonation and the deliciousness of hops, without the booze? Was it even possible in a small brewery like ours? We asked questions, we wrote down lots of numbers, we did an experiment. Today we release 0.97%, our first ever batch of “near” beer, with beautiful hop aromatics, light fruity flavours, and a spritzy body. It’s kind of like beer, kind of not, and let’s just be honest, surprisingly delicious.

0.97% is available now in 500 ml bottles at both Bellwoods retail shops and online while supplies last.