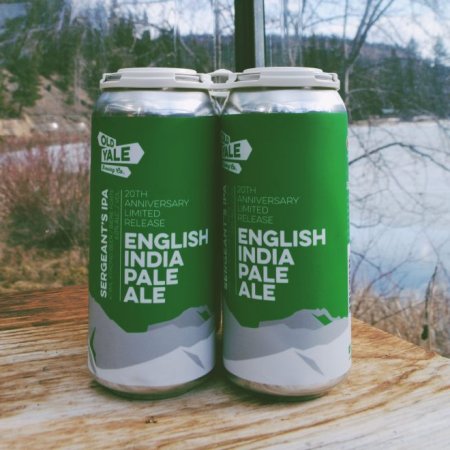 CHILLIWACK, BC – Old Yale Brewing has announced that it is marking its 20th anniversary with a revival of one of its original brands.

A tribute to our original Sergeant’s IPA brewed using the 1999 recipe, this traditional English IPA has a balanced malty backbone with an assertive bitterness that is complimented by the floral, herbal and slightly citrus character.

Sergeant’s English IPA is available now in 4-packs of 473 ml cans at Old Yale and private liquor stores, and on tap at select bars and restaurants.