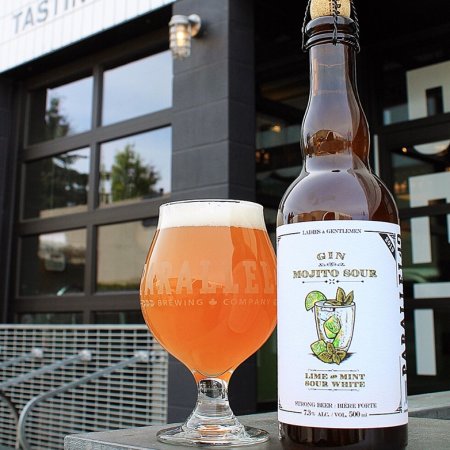 VANCOUVER, BC – Parallel 49 Brewing has announced the release of the latest in its Cork & Cage Series of limited edition cocktail-inspired barrel-aged beers.

This tart, golden blend was aged in gin barrels for seven months with the addition of fresh mint and lime zest, which contribute refreshing notes of peppermint tea and citrus oils to complement the herbal and floral gin aromatics, along with the tangy lactic sourness.

Gin Mojito Sour is available now on tap and in 500 ml bottles at Parallel 49, and soon at select private liquor stores in British Columbia.