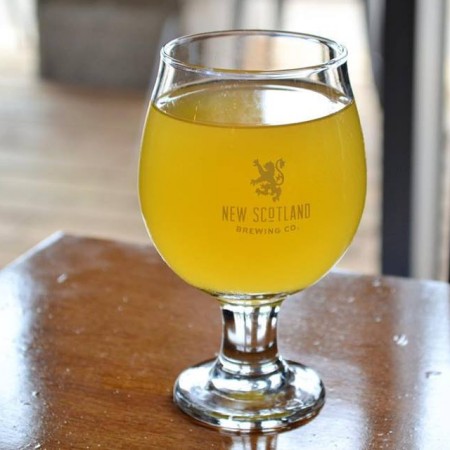 Would you believe that there’s a German-inspired beer from Brazil? Thanks to a strong German influence dating back to colonial times, brewers took the sour, refreshing nature of Berliner Weisse and married it to the beautiful fresh fruit growing in abundance all around them. This keeps with the tradition of adding fruit syrups to Berliner Weisse, but in a more immediate way. Moderately sour, fully-attenuated, and with little to no grain or hop character, the goal of Catharina Sour is a fruity and refreshing drink for hot weather. The team stayed true to the style, using Passion Fruit and Mango, yielding a fairly light beer with a tart character and plenty of fruit aromatics and flavor.

El Fuego is on tap now at New Scotland, and will be the feature beer at the Everwood Ave Brew Shop customer appreciation night taking place at the New Scotland taproom on Wednesday May 22nd starting at 7:00 PM.