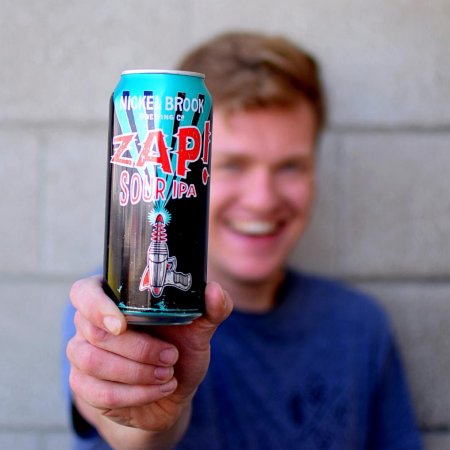 BURLINGTON, ON – Nickel Brook Brewing has announced a new addition to its core lineup of year-round brands.

Pouring an enticing hue of sunlight, ZAP! hits the nose with notes of citrus, tangy tangerine, and light floral overtones. Take a sip and be struck by a lemon zing, quickly followed by juicy hop goodness and a touch of pine.

ZAP! Sour IPA is available now in 473 ml cans at the Nickel Brook retail store and online shop, and is being distributed to select LCBO stores throughout Ontario starting today.