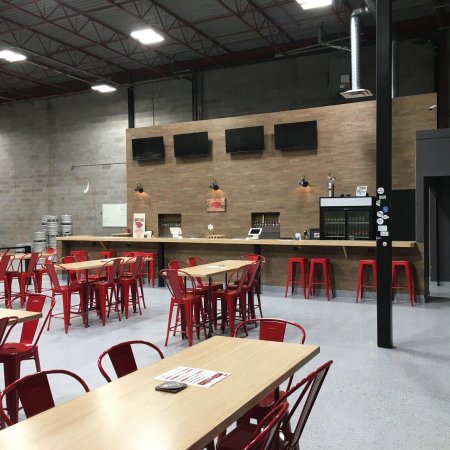 CALGARY, AB – A brewery and taproom that opened 16 months ago in Calgary’s Franklin neighbourhood has announced that it is up for sale.

Red Bison Brewery was launched in March 2018 by Steve Carlton, and is located close to several other breweries including Common Crown Brewing, Tool Shed Brewing, and Heathen’s Brewing.

Details from the listing – which has an asking price of $750,000 – include the following:

This award-winning brewery is a turnkey operation. You can start a brewery without the hassle of dealing with engineers and the city planning department. All equipment needed is included so is the brand and award-winning recipes. The taproom has 50 seats and is licenced for an occupancy of 100 people. There is a small AHS approved kitchen that can be expanded to get a full Class A licence and you can serve wine and liquor if you wanted.

Red Bison Brewery is a well-established brand with customers across Alberta. The brewery has a strong social media presence and the accounts will be transferred to the new owners as well. The steam-fired brewhouse is 12HL and the cellar has the capacity of 2700HL per year and the ability to expand easily. The cellar can be expanded to 4500HL per year by just adding three fermenters and a brite tank. The flooring, drainage and glycol drops are already completed and the existing brewhouse and glycol chiller can handle this volume too.

The current owners can stay on part-time for a fee if needed to help during the transition period and to keep things running smoothly.

Carlton tells CBN that while a buyer is being sought, it is still business as usual with plenty of beer on tap and new releases continuing, including the return tomorrow (July 12th) of the popular Star Fall White IPA.

For more details, see the real estate listing for the sale.