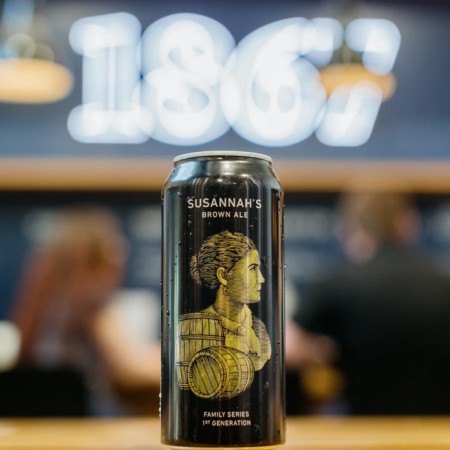 SAINT JOHN, NB – Moosehead Breweries has announced the launch of the Family Series, a series of beers in which each will “highlight a different Oland family member and their contributions to the company.”

The series fittingly starts at the beginning of the company’s history with Susannah’s Brown Ale (5.5% abv, 25 IBU), based on the recipe of the first beer brewed by Moosehead’s founder and matriarch, Susannah Oland, in 1867.

Described as an “English Brown Ale [that] boasts rich malty flavours, light chocolate and caramel notes, with a balanced bitterness,” the beer has been available on draught at the Moosehead Small Batch Brewery in Saint John, but is now being packaged for wider release.