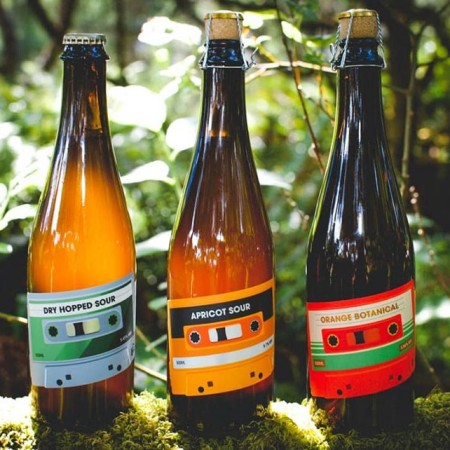 VANCOUVER, BC – Boombox Brewing has announced the release of the first three in a new series of barrel-aged and blended beers.

The Mixtape Series is described as follows:

Late last year we brewed up a Saison inspired beer which was eventually soured in some chardonnay barrels along with the original barrels from our Callister days. The beer was soured for several months. A few months ago our friends from Farmhouse Fest assisted us in finding the ideal blends of barrels as well as providing inspiration in making three great tasting and unique beers.

The series kicked off this week with the following trio:

Dry Hopped Sour (5.4% abv) – “Inspired by one of our barrels exhibiting strong wine characteristics, this beer was blended to a complimentary level of tartness to enhance the vinous character. Afterwards, it was dry hopped solely with galaxy hops.”

Apricot Sour (5.1% abv) – “Soured and conditioned in oak barrels with a generous addition of apricot.”

All three beers are available now at Parallel 49 Brewing, where Boombox currently brews, and a limited number of bottles of Dry Hopped Sour and Orange Botanical have been allocated to select local private liquor stores.