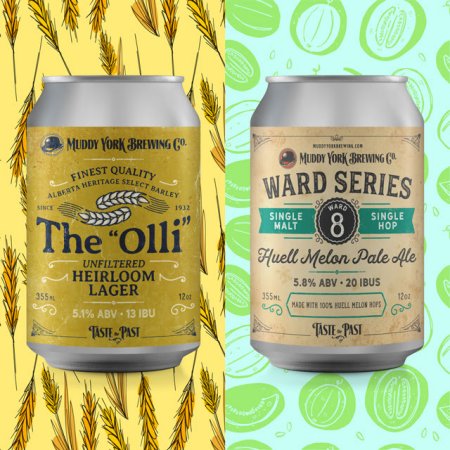 TORONTO, ON – Muddy York Brewing has announced the release of a new limited edition lager, as well as the latest beer in its Ward series of single hop pale ales.

The “Olli” Unfiltered Heirloom Lager (5.1% abv, 13 IBU) is brewed with 100% Alberta Heritage Select heirloom barley, a strain also known as “Olli” that has been grown by the Kozack family since 1932.