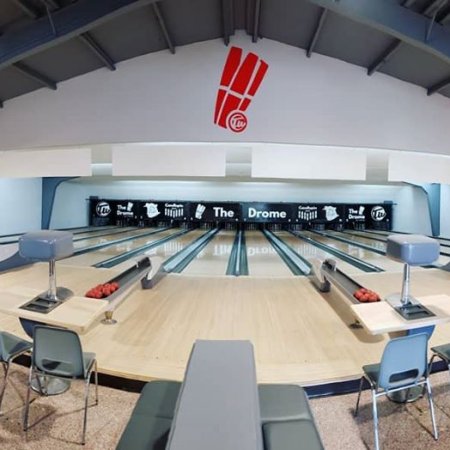 FREDERICTON, NB – TrailWay Brewing has announced that a historic candlepin bowling alley it purchased last year has reopened after several months of renovations.

The Drome by TrailWay – previously known as The Bowl-a-Drome – had been operating under the same ownership for 58 years before Trailway took it over. Co-owner Jake Saunders tells CBC News that aside from the renovations and improvements to the food and drink program, little else will be changing.

The bar features eight TrailWay and guest beers on tap, as well as a selection of craft and macro beers in cans and bottles, plus wine, spirits and soft drinks. The food menu is focused on high quality but still reasonably priced versions of bowling alley classics including burgers, hot dogs, fries, and other snacks.

The Drome by Trailway is open daily, and offers 12 lanes of candlepin bowling for both league and non-league use. For more details, see The Drome Facebook page.