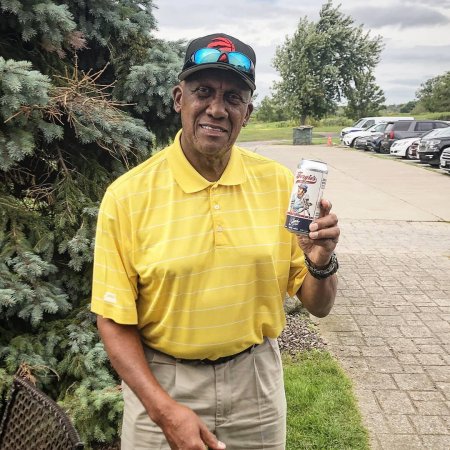 CHATHAM, ON – Sons of Kent Brewing has announced the release of a new beer that pays tribute to a local sporting legend and supports a worthy cause.

Fergie’s Classic Pilsner (4.9% abv) is a Czech-style lager named in honour of Chatham-born Ferguson “Fergie” Jenkins, all-star pitcher for the Chicago Cubs and several other Major League Baseball teams from 1965 to 1983. Jenkins also played basketball with the Harlem Globetrotters during the off-season for several years in the 1960s, and pitched two seasons with the minor league London Majors following his retirement from MLB.

Brewer Colin Chrysler describes the beer as a “a crisp and refreshing lager, with a floral hop aroma and clean finish.”

Fergie’s Classic Pilsner is available now in 473 ml cans at Sons of Kent, and starting next week at select LCBO locations in the area. Partial proceeds from sales of the beer will be donated to the Chatham-Kent Children’s Treatment Centre Foundation to support construction of a new facility.