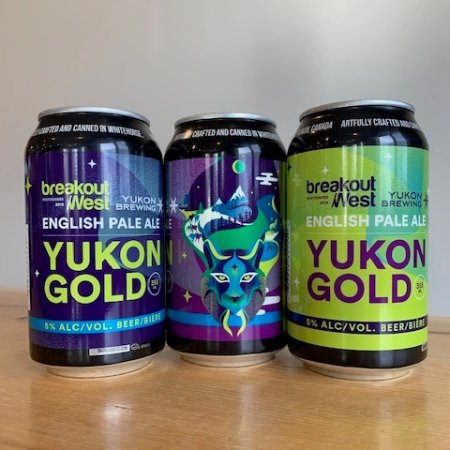 WHITEHORSE, YK – Yukon Brewing has announced the release of limited edition cans of its flagship Yukon Gold Pale Ale in partnership with the 17th annual edition of BreakOut West music festival and conference.

The specially designed cans of Yukon Gold feature an array of “quintessential Yukon motifs,” and will also offer drinkers the chance to win festival wristbands and other prizes by posting selfies with the cans on Instagram. For more contest details, see the full announcement on the Yukon Brewing website.