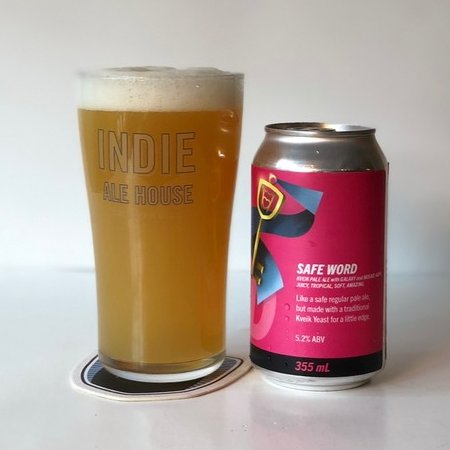 TORONTO, ON – Indie Ale House has announced the release of a new limited edition ale.

This new trend-breaking brew is a juicy and tropical pale ale with a twist. Using Mosaic and Galaxy hops with Voss Kveik (sourced from Sigmund Gjernes via Escarpment Labs) this pale ale is very easy drinking with a delicious and slightly bitter edge.

Safe Word will be released tomorrow (September 27th) at Indie, and will be available in 355 ml cans in the brewery retail store while supplies last.