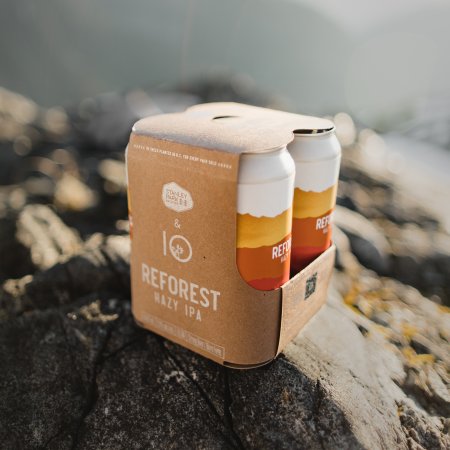 VANCOUVER, BC – Stanley Park Brewing has announced the release of a new beer in partnership with tentree, an eco-friendly clothing company that is aiming to plant over 1 billion trees around the world by 2030.

Reforest Hazy IPA (6.2% abv, 50 IBU) is described as featuring “maximum tropical and citrus flavor and aroma, without much bitterness.”

For each 4-pack of 473 ml cans sold, tentree and Stanley Park will plant 10 trees in Elephant Hill, BC, in an effort to reforest areas affected by wildfires. Each pack features a QR code that can be scanned the track the trees that will be planted in recognition of the purchase.

Reforest Hazy IPA is available now at liquor stores throughout British Columbia. For more details, see the info page on the tentree website.