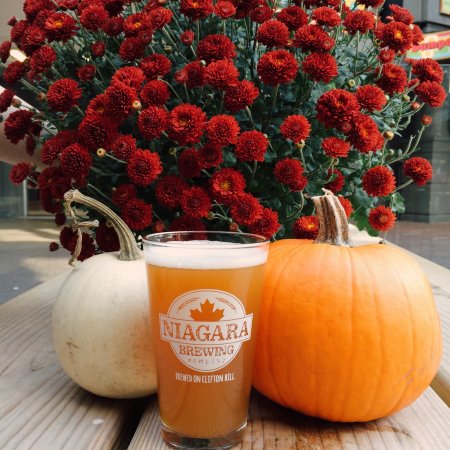 NIAGARA FALLS, ON – Niagara Brewing has announced the release of a new seasonal ale for autumn.

This festive harvest ale is modeled after Nigel’s secret family pumpkin pie recipe, passed down from generation to generation. Copper-orange in colour with a rich, off-white head, this ale is pumpkin pie in a glass. Aromas of holiday spices (cinnamon, nutmeg, allspice) give way to a flavor that is bursting with freshly roasted pumpkin, pie crust, spices, and a long finish that gives way to a hint of whipped cream at the end.

Nigel’s Pumpkin Patch Ale is on tap now at the Niagara Brewing bar and restaurant.