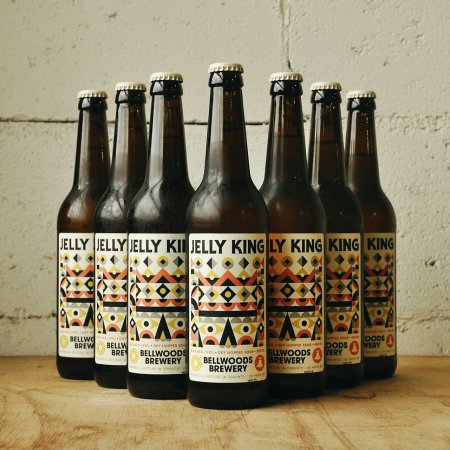 TORONTO, ON – Bellwoods Brewery has announced that it will soon be selling one of its beers via LCBO stores for the first time.

Jelly King Dry-Hopped Sour (5.6% abv) is one of Bellwoods’ core brands, and is described as follows:

Rather than choosing between sour or hoppy, we decided to create a beer that would be both at the same time. Showcasing the aromatic benefits of a generous dry hop (Citra, Amarillo, and Cascade), harnessing the pleasing acidity of lactic acid producing bacteria (we use a house blend), and coming to a bottle near you without a pesky 2 year slumber in oak, Jelly King is the fermented embodiment of having your cake and eating it too.

Retail sales of Bellwoods beers in Ontario has previously been limited to the brewery’s two retail stores and online shop, but the brewery will now be “self-distributing to a small handful of craft-beer loving [LCBO] locations across the province, with the intention of reaching as many locations as we can sustainably supply.”

Jelly King will be available at select LCBO stores starting next week, and will retail for $6.50 per 500 ml bottle, the same price as at the brewery’s own retail outlets.