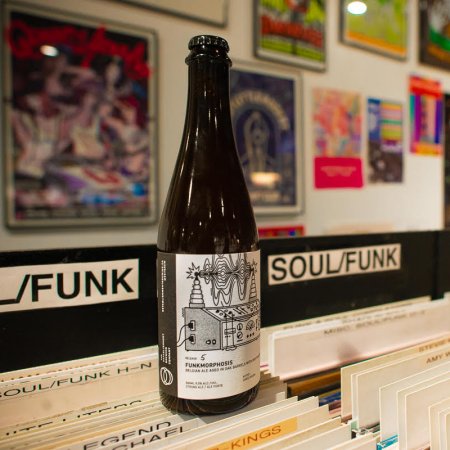 CALGARY, AB – The Establishment Brewing Company has announced details of the 5th limited edition release release from its barrel-aging program.

Funkmorphosis (9% abv) is described as follows:

A Belgian ale inspired by a legendary Trappist brewery located within the walls of Abbaye Notre-Dame d’Orval. Eight months ago our beer started it’s journey tasting like a banana and clove forward, hoppy Belgian beer. During it’s hibernation in barrels, the Funkmorphosis transformed it to a super dry, complex, funky and fruity effervescent ale with notes of orange marmalade, Christmas cake and funk.

Funkmorphosis will be released tomorrow (November 30th) on tap and in 500 ml bottles at Establishment.