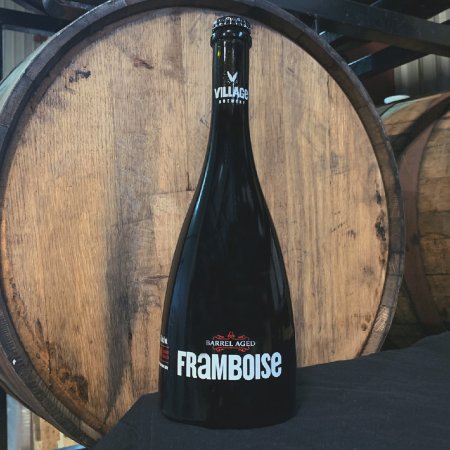 The Village Framboise is equal parts elegant and bold. A silky dark ale fermented on a bed of raspberries, then barrel-aged in a French oak barrel for over a year. The result, a chocolate and raspberry ale designed for a special occasion.

Village Framboise was released this past weekend in a limited run of 750 ml bottles available exclusively at the VIllage Brewery taproom while supplies last.