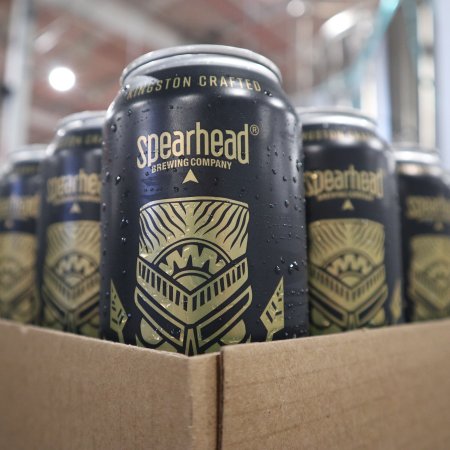 KINGSTON, ON – Spearhead Brewing has announced that a bigger and stronger companion to one of its flagship brands that was recently revived will soon be available across Ontario.

Big Kahuna is a giant-sized Imperial IPA that will rock your soul. This double dry-hopped ale explodes with Warrior, Cascade, and Hallertau Blanc hops and like its little brother, Hawaiian Style Pale Ale, it is brewed with pure pineapple juice. It is unfiltered with a delicate carbonation, complex flavour and bouquet. Big Kahuna has a big, bold character reflective of its namesake with a refreshingly floral, tropical finish.

Big Kahuna will be available starting this weekend at select LCBO locations as part of the Winter Seasonal Craft Beer promotion.