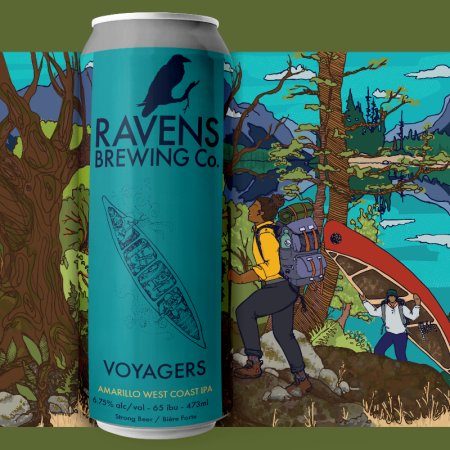 ABBOTSFORD, BC – Ravens Brewing has announced the release of a new limited edition seasonal beer.

Inspired by the natural beauty of British Columbia and everyone who loves getting out and exploring what it has to offer. Showcasing the Amarillo hop, Voyagers is a citrusy, malty, bitter throwback to traditional West Coast IPAs.

Voyagers is available now in 473 ml cans at Ravens Brewing, and soon at select private liquor stores in British Columbia.