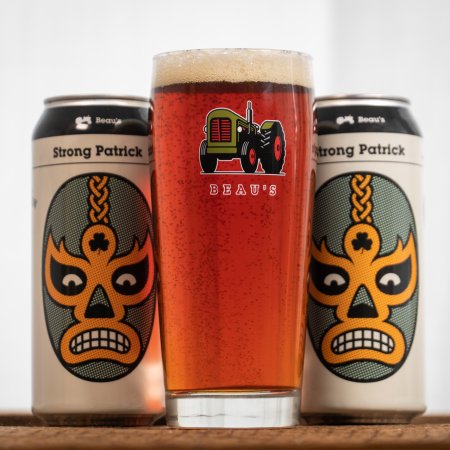 VANKLEEK HILL, ON – Beau’s Brewing has announced the annual return of a popular winter seasonal that features “an extra-special touch of authenticity” thanks to the use of Irish whiskey casks in the brewing process.

Strong Patrick (6.1% abv, 24 IBU) is a strong red ale introduced in 2012 that has always had a portion of each batch aged in whiskey barrels. Since 2018, Jameson Irish Whiskey casks have been used, adding “rich accents of wood and warmth to the classic beer style from the Emerald Isle.”

The luscious and malty ale pours brilliant red with a creamy head. Its aroma conjures notes of caramel, whiskey, oak, and malts. It has a malty backbone, with a touch of toasty caramel and vanilla, and a mild bitterness to round and balance. It finishes rich and warm. The red hue is a result of the addition of organic roasted barley to the recipe.

Strong Patrick will be released later this week in 473 ml cans, and will be available at the Beau’s retail store and select beer retailers in Ontario and Quebec through the winter.