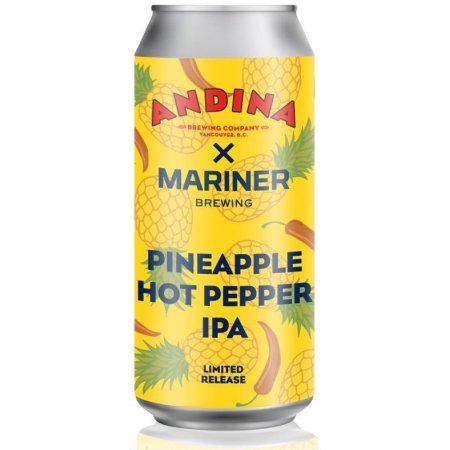 VANCOUVER, BC – Andina Brewing has announced the release of a new collaboration with Coquitlam’s Mariner Brewing.

Piñata is described as an “amazing IPA that balances the flavours of pineapple, habanero, and puya peppers with hoppy IPA goodness.”

Piñata is being launched today (Jan 30th) on tap and in 473 ml cans at Andina, and will also be available on tap at Mariner.