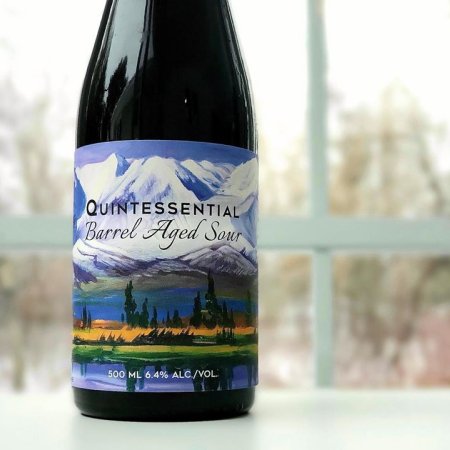 Quintessential (6.4% abv) is described as follows:

We originally brewed this brown-coloured beer in April of 2018, where it was fermented in a single Cabernet Sauvignon oak barrel with our Niche house culture of Saccharomyces and Brettanomyces yeast strains. We also pitched a culture of multiple Lactobacillus and Pediococcus strains; these bacteria allow the beer to slowly sour and develop complexity over a long period of time. We finally judged the beer ready to package 18 months later, where it was bottled and allowed to condition over a period of several more months. The result is a moderately sour beer, with notes of cherry, plum, balsamic, and light oak. A different type of sourness than seen with kettle sours, to be sure, it’s complex and great for sipping.

Quintessential is out now in a limited run of 500 ml bottles that will be available at select ANBL stores in New Brunswick while supplies last.