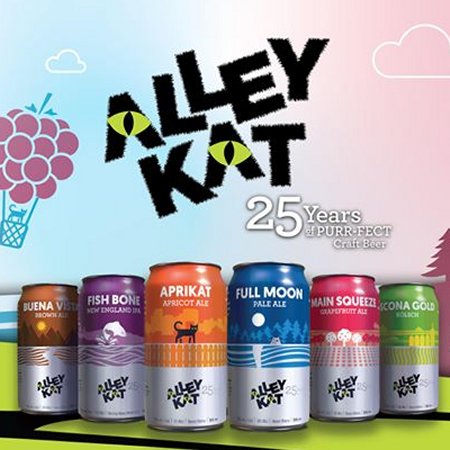 EDMONTON, AB – Alley Kat Brewing has announced that it will be shifting from bottles to cans as the packaging format for its entire portfolio of year-round and seasonal beers.

The first beer to be available in cans is African Queen Dragon (7.5% abv) the latest in the brewery’s Dragon Double IPA Series, which will be released tomorrow (March 12th) in four-packs of 473 ml cans at the brewery and select liquor stores. It’s described as follows:

African Queen is the perfect hop varietal to showcase just how expansive the “hop queendom” is. Just when you think you know hops, we source another variety you’ve never heard of! Imported all the way from South Africa, the surroundings in which African Queen hops grow impart fruity gooseberry notes to round out our Dragon’s characteristically hoppy bite.

Future Dragon releases, as well as the rotating Back Alley Series of one-off beers, will also be released in 473 ml cans.

For more details, see the full announcement on the Alley Kat website.